“Cain and the Dogs” in the Netherlands 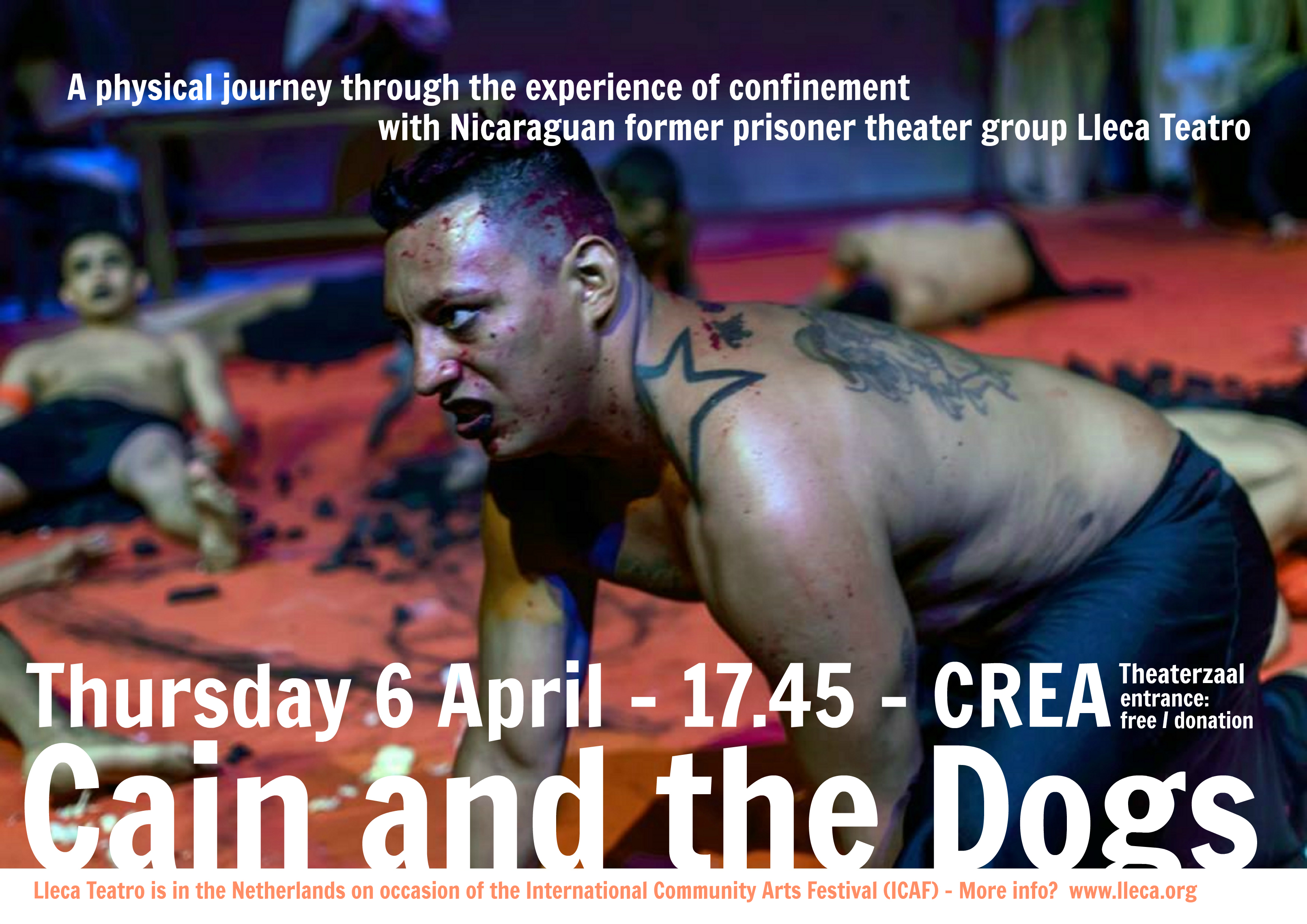 “Cain and the Dogs” is a physical journey through the experience of confinement, created with Nicaraguan prisoners. It takes the biblical story of the first murder, between blood brothers Cain and Abel, as its point of departure. Visually intense, this physical theater play draws out both the human and the animal qualities within us. Cain is brother and dog, leader of a pack and suffering loner. What happens when violence brings out the worst in us?

Originally created by Lleca Teatro in prison (2015) and toured with police escort in Nicaragua, the play has also been the vehicle to freedom for its prisoner-actors. On occasion of the International Community Arts Festival (ICAF) hosted in the Netherlands, it has been especially re-made with a small group of now former prisoners of the original prison theater group. As a physical theater play, “Cain and the Dogs” has no spoken text, but is presented through music, sound, and the actors’ bodies.
Presentation dates:
Friday 31 March – 20.45 @ Theater Zuidplein, Rotterdam (ICAF Presentation – Reservations here)
Thursday 6 April – 17.45 @ CREA, Amsterdam (Facebook event here – Reservations with Julienne: j.h.j.weegels@cedla.nl)
After the presentation at CREA there will be opportunity to meet Lleca Teatro’s director and actors. We are also organizing a farewell dinner & party at “De Peper” (Overtoom 301, Amsterdam) on Saturday 8 April.

We hope to see you!!

** Nicaraguan theater collective and artistic-cultural organization “Lleca Teatro” both trains prisoners in physical theater (since 2009) and incorporates former prisoners into its collective. The organization is committed to the bettering of prisoner economic, social and cultural rights. More information? See our different project tabs on this website and/or write us at lleca.teatro@gmail.com **